Beemo has first class support for executing driver commands across workspaces (monorepos), using Yarn workspaces or Lerna packages. Once a tool is configured, execute a driver command with a --workspaces option, which signals Beemo to run this command in each of the workspace package folders.

This option requires a pattern to match package names against (the name in package.json), or * to match all packages. Patterns may need to be quoted.

Patterns are powered by micromatch.

There are situations where a single package or multiple packages need to be executed before all other packages, for example, a core/common/main package. This is very common for typed languages like Flow or TypeScript. By default, Beemo will automatically resolve a priority order based on the workspaces dependency graph. To disable this process, pass a --no-graph option.

Each driver is designed and built differently, so getting a consistent pattern for workspace support is quite difficult. Because of this, per driver usage is broken down into 1 of the following 4 strategies.

Previous
Listening To Events
Next
Scaffolding 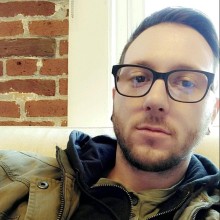